In a statement, a spokesperson from Army Hospital Research and Referral confirmed that Singh passed away after a prolonged illness in Delhi. PM Narendra Modi was among those paying tribute to the former union minister, saying he was “saddened by his demise”.

PM modi says Jaswant Singh Ji will be remembered for his unique perspective on matters of politics and society. He also contributed to the strengthening of the BJP. I will always remember our interactions. Condolences to his family and supporters. Om Shanti

Jaswant Singh Ji served our nation diligently, first as a soldier and later during his long association with politics. During Atal Ji’s Government, he handled crucial portfolios and left a strong mark in the worlds of finance, defence and external affairs. Saddened by his demise. 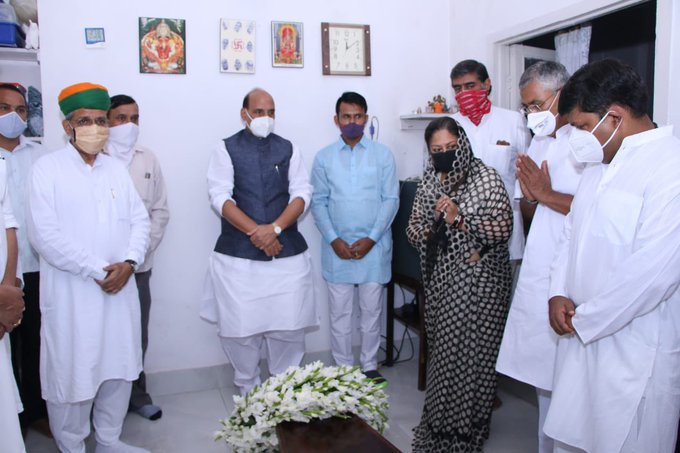 PM Narendra Modi to put in an appearance at foundation stone laying ceremony of...

The upcoming movie stars Akshay Kumar and Kiara Advani, which release on Diwali  November 9 on Disney+Hotstar. The new title has been Laxmii, trade...

On Tuesday, the South sensational Actor Kajal Aggarwal announced she will be tying the knot with entrepreneur Gautam Kitchlu on October 30 in a...

Coming Times Is Best Place For Latest News Not Only For India But also International Also. So Our main Plan To Provide You Real News And Awareness
Contact us: support@comingtimes.in

HAL Employee Arrested On Spying For Pakistan; Was Supplying Information To...

Hathras Case: Rape Cases Can Be Stopped Only With ‘Sanskar’ Not...

© Copyright 2020 Design and Developed By TechMR